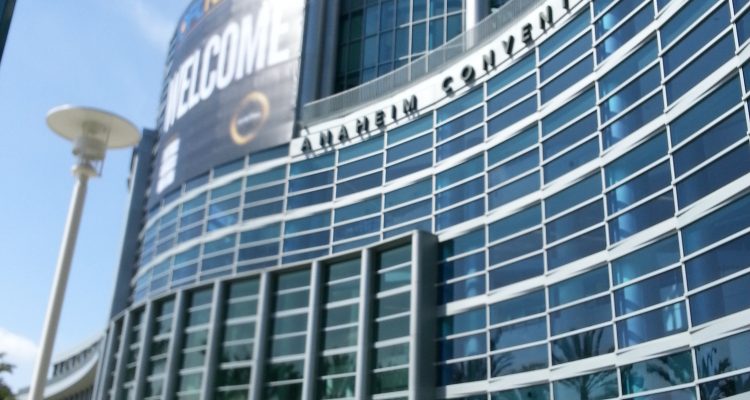 EEI attended the Western Measurement Short Course (WGMSC ) Conference held in Anaheim from April 10 thru 13.  A paper and presentation on “Noise Mitigation” was given by Jim Robertson.

Although the title of the conference implies that the subject is only measurement, in reality the conference gives equal coverage to regulation and in addition presents a broad review of the natural gas industry.  For example, in addition to measurement and regulation, communications, flow computers, RTU’s/PLC’s, chromatographs, gas sampling, filtration, cathodic protection, leak survey equipment, moisture analyzers, are some of the other topics and vendors included in the conference.

In the past 40 years, there’s been a remarkable transition from a primarily pneumatic world to an electronics world that encompasses all aspects of the gas business.  In this timeframe, it shows an accelerating pace for the introduction of new electronic innovations.  The WGMSC is a forum that allows one to rapidly get “up-to-speed” on the latest developments, and to discuss with the vendors and users their experiences.

A significant benefit of this conference was the introduction of new and improved equipment or procedures.  Several products that became standard equipment at PG&E were first introduced at a WGMSC conference.  For example, the DA-6 sulfur/liquids/moisture removal product now in the PG&E Gas Standards was first conceived at a WGMSC from conversations with a vendor.

There were a number of products and other useful information that were gleaned from the  Conference  A few of these are noted as follows:

The Canada Pipeline Accessories (CPA) company has recently developed the model 55E and 65E flow conditioner.  Both these models have two significant advantages over the standard model 50E used by PG&E and other companies to meet AGA 9 design requirements.  These two improvements more effectively remove upstream flow distortions to produce an outlet profile closer to the ideal “fully developed” resulting in the highest accuracy ultrasonic meter measurement.  Further, they significantly reduce the noise by over 20 dBA at high flow rates.  This latter advantage can be quite significant reducing the maximum noise at highest flow rates to 70 dBA matching the fence line noise requirements for new stations designed by PG&E.

These two new flow conditioners are the product of the computational flow dynamics (CFD) program used by CPA for analysis and new product development.  CFD has enormous potential saving the cost of designing test model equipment thus minimizing the process of constructing and testing variants until the final useful product is found.   CFD offers a direct benefit to natural gas companies by using their CFD expertise to evaluate designs prior to installation to determine the most accurate meter assembly or accomplish acceptable noise mitigation.

The new VRG model VCVC electronic positioner performs the same functions as the Becker DNGP positioner but incorporates latest programming and electronics.  The DNGP has been largely unchanged since 2003 which is ancient by electronics perspectives.  There are a number of advantages to the RCVC positioner but the one that struck me of most significance is the ability to diagnose the health of the valve, actuator, and other associated equipment.  The positioner has smarts.  This is the direction of things in all industry, smart electronic diagnosis. In this sense the gas industry lags much of other industry.  The ability to assess things as they really are and act according to need has potential to reduce cost, increase reliability, and most importantly reduce risk.

There were useful discussions held with control valve vendors. For example, one such discussion centered around the ability to make a controller operated valve function as a working monitor.  This is something commonly done with the self contained regulators such as the Mooney Flowgrid.  The concern with control valves is the speed would not be sufficient to manage this arrangement with control valves.  It turns out this is often done with success.  In particular, the globe valve is more amenable to rapid control adjustments owing to its direct linear actuation and has proven successful in a number of working monitor applications even for rapid changing industrial customers off transmission lines (e.g. power plants).  The use of the globe valve for this purpose was the second bit of information I gained.  There are some remaining purposes for the globe valve so it is not quite ready for burial due to the ascendancy of the quarter turn valves.

Discussions with the CPA vendor and the Flexim clamp on meter vendor shed light on the issues related to tee’s and proper installation of the clamp-on meter downstream of elbows.  Non-reducing tee’s as evaluated with the CPA CFD modeling shows significant velocity extremes as gas flow changes abruptly and makes a 90 degree turn around the edge.  Tees as opposed to 90 degree elbows have several disadvantages.  They cause more pressure drop, create much higher noise at high flow rates due to the excess gas velocity around the edge, and allow more distortions to remain after exciting a flow conditioner thus reducing meter accuracy.   It was revealing to find that at high flow rates, that much more flow distortions and velocity extremes are created by the tee as opposed to the elbow.  The conclusion is never to use non-reducing tees when elbows will do (large header with tees accepted).  For ultrasonic meters cleaning can be accomplished by removal of the downstream pipe segment.

Based on discussions with Flexim representative, for clamp-on meters the best installation for the clamp-on meter downstream of an elbow given short distances is 90 degree from top-dead-center immediately at the outlet of the elbows.  This is drastically different than prior thinking but modeling shows this area has much less turbulence and a more uniform profile than 3 to 10 pd’s downstream of the elbow.  Installing the clamp-on meter under this new guideline will both result in a more accurate meter and less prone to going into fail mode.